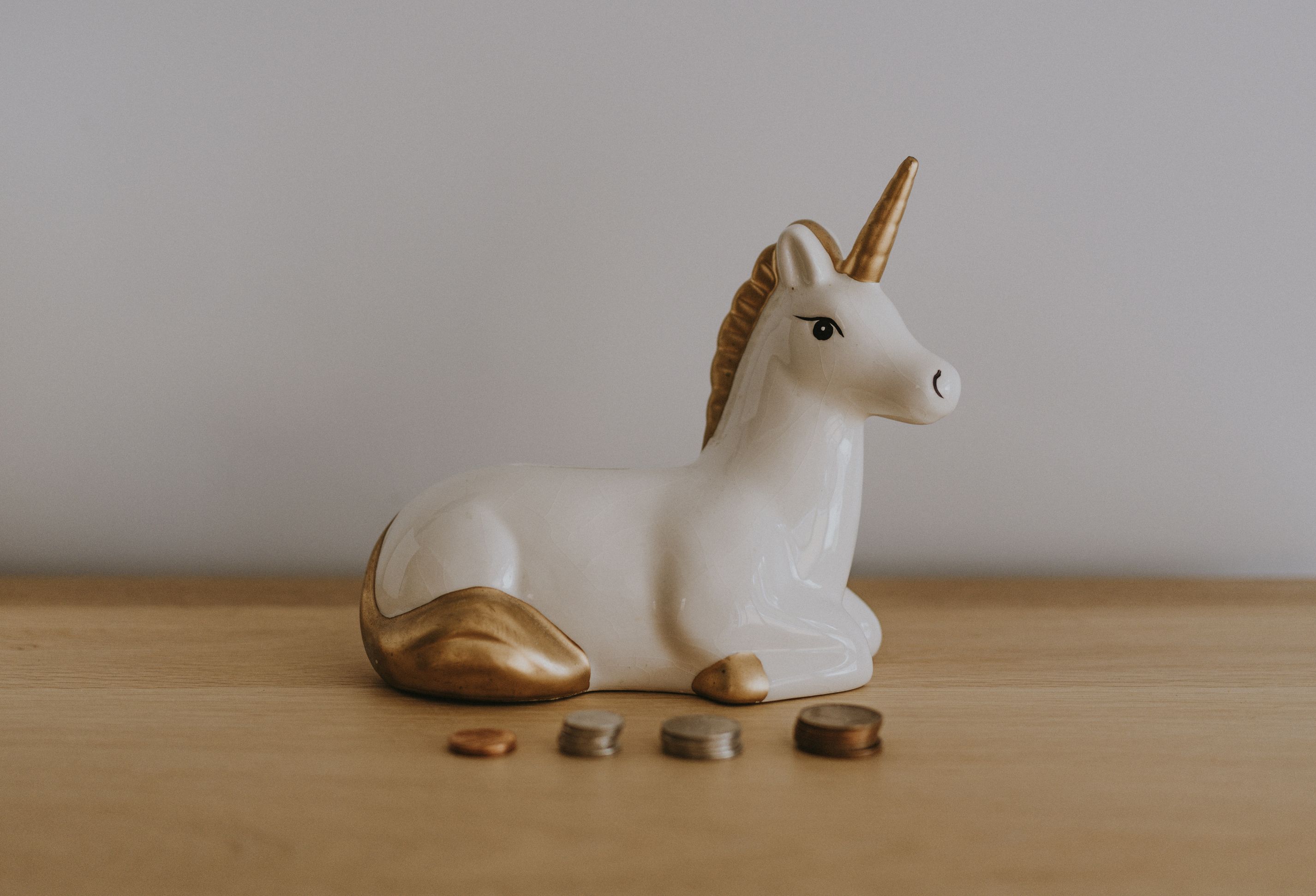 Founders’ guide to burn and runway

What is burn?
‍

Most broadly, “burn” (also referred to as “burn rate”) is the amount by which cash spent exceeds cash received for a given period. This scenario is very common, especially for early-stage startups with high growth potential. Developing a product, proving product-market fit, and identifying an appropriate business model all require investments of time and money, often outpacing the ability to generate revenue.

While burn and runway are terms that are used similarly across the industry, there can be variations in the details of terminology and calculation methods. Within this post, we distinguish identify commonly-used terminology and explain Puzzle’s specific method of calculating each metric, including how we intend for our calculation method and naming convention to be as intuitive and useful as possible.

Net burn is a company’s net cash activity for a period.

Net burn is sometimes referred to simply as “burn” since this is the most commonly used version of burn. Burn is frequently calculated for a single month, though calculating average burn for a certain period (e.g. average of burn from the most recent 3 complete months) is common too, in order to smooth out irregularities in cash activity from month to month. Burn includes all the cash in minus all of the cash out during the period, with the exception of non-operating cash activity such as new equity investments or debt financing.

The term “net burn” is commonly used to distinguish from “gross burn,” which refers to the total of all cash spent on operations without including any cash received (e.g. from customer revenue). In Puzzle, gross burn is referred to as “Cash Out” and is included in the Cash Activity Report.

In Puzzle, Cash Out includes both “Cash Out from Operations” and “Other Cash Out,” which includes any non-operating cash activity such as taxes and interest while excluding cash activity related to equity or debt.**

Bank burn is the change in bank account balances between the beginning and end of a period.

This is the simplest version of burn to calculate. It is useful for understanding changes but can be misleading for calculating runway if there are cash activities for financing such as cash received from outside investors, lenders, or employees for options exercises.

💡
What if my company is cash flow positive? Do we have positive burn?

Even though it’s common for companies to have negative cash flows as startups — the sector where the term “burn” is most frequently used — some startups are able to generate positive cash flows or bootstrap the company using customer revenue to fund growth.

If you have net positive cash flow (congrats! You are default alive!), this would typically not be referred to as “burn.” The most common use of “burn” is that it represents net negative cash flow; as the name suggests, it’s supposed to represent how quickly invested money is being depleted.

At Puzzle, we call net positive cash flow “cash generated” instead of “burn” or “negative burn,” in order to reduce the potential for confusion.

Burn multiple is how much a startup is spending, on average, to generate incremental ARR for a given period.

Since burn multiple captures the ratio of how much cash is being depleted to revenue growth, burn multiple is an indicator of how efficiently a company is growing. Investors will expect this numbers to be as low as possible (below 2.0 or, even better, below 1.0).

Net burn is often used as the basis for calculating runway, making decisions about extending runway (i.e. by reducing net burn), and deciding when to start fundraising.

Runway is the length of time (typically described in months) before a company projects thatit will run out of cash.

Runway end date (also called “cash out date” or “zero cash date”) is the projected date a company will run out of cash, based on a projected runway or cash forecast.

Runway end date determines runway coverage month, which is the last full month that the cash would cover based on the burn run rate (i.e. the month prior to the runway end date).

In its simplest form, runway can be calculated as current cash divided by the current net burn rate (monthly). This length of time (in months) is added to the current date to get the runway end date.

Run rates are representations of activity over a period of time, often used to represent the current baseline rate for what to expect going forward.

Run rates can also refer to extrapolations of activity over a longer time period. An “annualized run rate,” for example, does not represent what has happened over the past year; it represents what will happen over the next year if everything continues at the same rate as a recent period (typically a month or 3 months).

To normalize burn when cash flows are inconsistent from month to month, burn is frequently described based on averages from the past 3, 6, or 12 months (and is often written as T3M, T6M, or T12M/TTM burn rate). These normalized averages may be used instead of monthly burn for run rate calculations.

When determining runway, it is important to remember that — while the formula for runway (can be a good approximation if the future will be similar to the current run rate —  it is a simplified version of runway and is often just a rough proxy. When companies want to develop more accurate runway forecasts that reflect future hiring and expected changes in revenue and expenses that are different than the current net burn, they develop more sophisticated financial models that predict future cash activity month-by-month.

Puzzle has created a set of tools for founders to quickly calculate and confidently understand the components of burn. Since burn and runway are not in financial statements, we reduce the headache of pulling together various sources into spreadsheets by showing the components of burn in a single view.

At the top of the Puzzle Dashboard are cards that display key recent metrics.

The Burn card shows net burn in the default view with bank burn as an option in the expanded view. For both types of burn, you can toggle between the previous month burn and the 3 month average burn.

In the Cash Activity Report (see below for details), you can view the details of the last month burn (for the example above, $9,526 of burn) by categories, vendors, and even individual transactions.

The Runway card displays 1) the projected last month your current Available Cash Balance, which includes the most recent information as of the day you are viewing the card, will be able to fully cover expenses and 2) the projected number of months your current Available Cash Balance will fully cover your expenses. The calculation is based on monthly burn run rate for the most recent full month.

💡 A detailed explanation for anyone curious about how we calculate runway end date at Puzzle…. Your runway and runway coverage month in Puzzle are based on fractional months covered by your burn. The best way to illustrate is using an example:

If instead, the date were 4/20/2022 [represented as 4.67], then your runway coverage month would be December 2022, since the current cash balance would cover the entirety of December based on that projection.

Within Puzzle, we use fractional months (rather than a day-based burn and runway) because the most common significant business costs — including rent, hosting costs, subscriptions, and payroll — are typically monthly (rather than daily) amounts. Except in a few edge cases, daily and monthly changes will give the same outcome, and it may be sensible to use a daily calculation if you have more day-based costs, but we want to be transparent about how we are calculating it and why!

The Cash Activity Report: A new report to understand burn

Burn is a key metric for startups, but it cannot be analyzed in traditional accounting statements. For this reason, Puzzle created the Cash Activity Report!

Unlike a typical Statement of Cash Flows, which either shows changes in balance sheet accounts (unintuitive) or general categories of cash expenditure (too broad), the Puzzle Cash Activity Report allows exploration of the composition of burn and cash balance. You can view burn at different levels of analysis, from high-level summary to vendor-level detail. You can also click into any amount to view the individual transactions that make up that total and view the details of the transaction.

Since your Puzzle account is connected to banks, credit cards, and payment processors, transactions are recorded in real-time as the event happens. Using information from the APIs of those financial systems, Puzzle then applies auto-suggested categories and vendors to these transactions. This means your Cash Activity Report is always updated with the most recent transactions.

To calculate your burn and runway in the most useful way possible, Puzzle uses a metric we call “Available Cash Balance,” which totals all your current bank balances but then subtracts any credit card balances and amounts owed to employees for payroll for the most recent period that has not yet been paid.

As mentioned in the “Cash Activity Report” section, we treat credit card purchases and amounts owed to employees as if the cash has already been spent. It is removed from the Available Cash Balance since it is no longer available for spending. Therefore, it is no longer considered in the cash amount used to calculate the remaining runway.

Still Puzzled? Have suggestions about how to improve these features? Reach out to us at [email protected] — we’re here to help you understand your finances and build the features you need to do so!

Want to try out Puzzle? Get started at Puzzle.io. 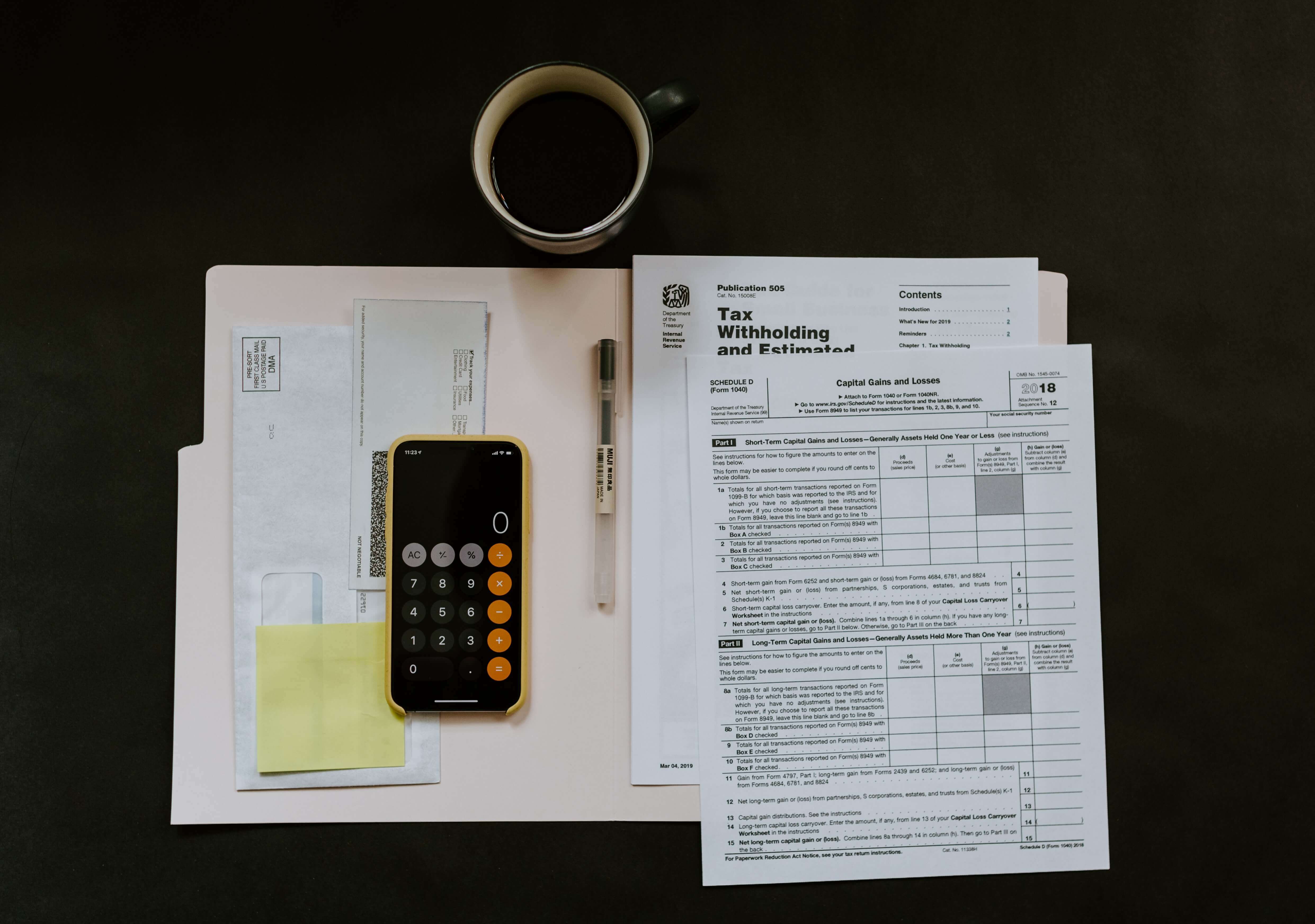 How to reduce your total cost of startup accounting

Startups need accurate accounting, but it’s often expensive. Read these tips on setting up your books while reducing accounting costs and headaches. 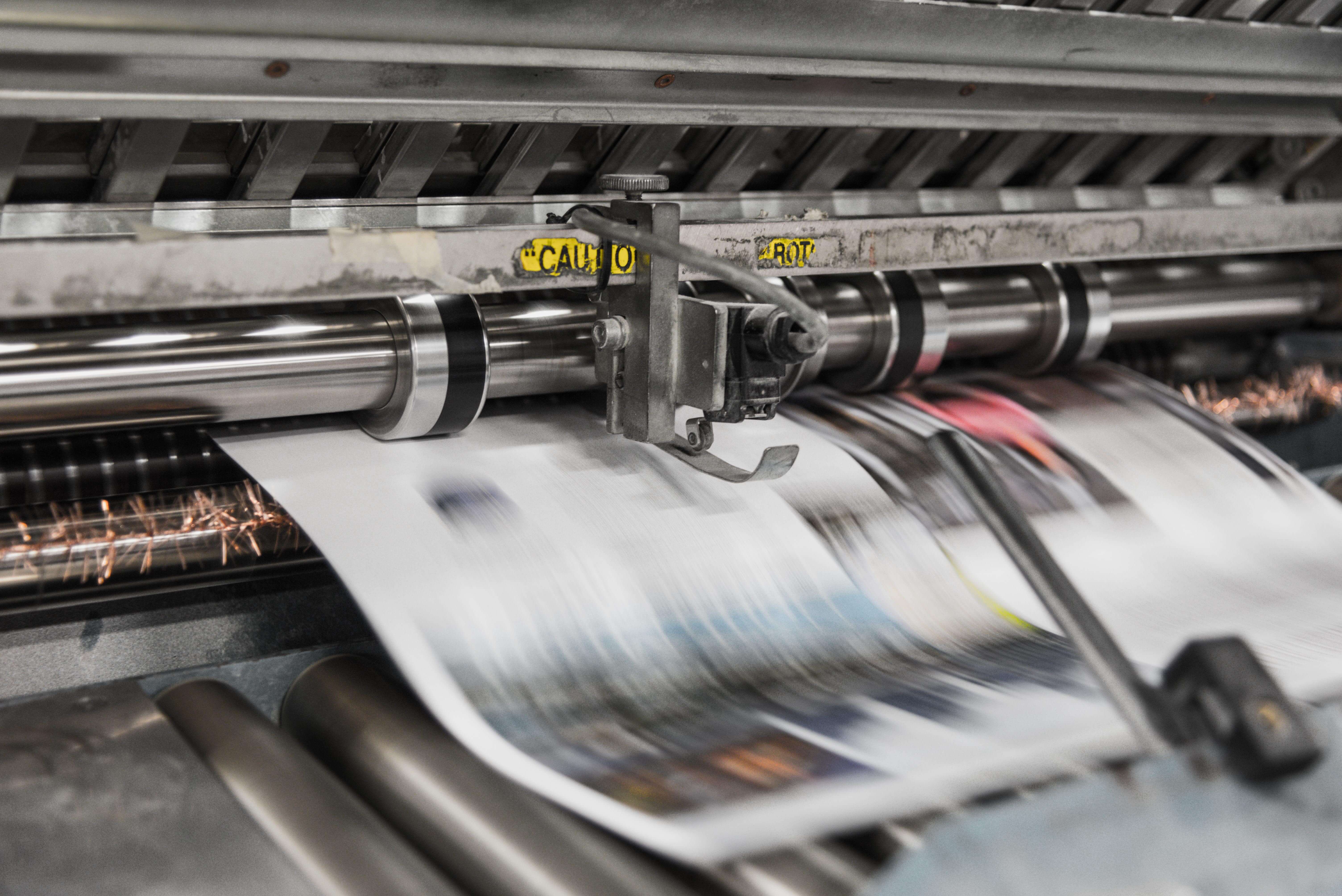 Rise of the Next-Gen CFO: The Evolution of Finance’s Role and Tech Stack

Puzzle has been named a next generation player in the modern CFO stack. 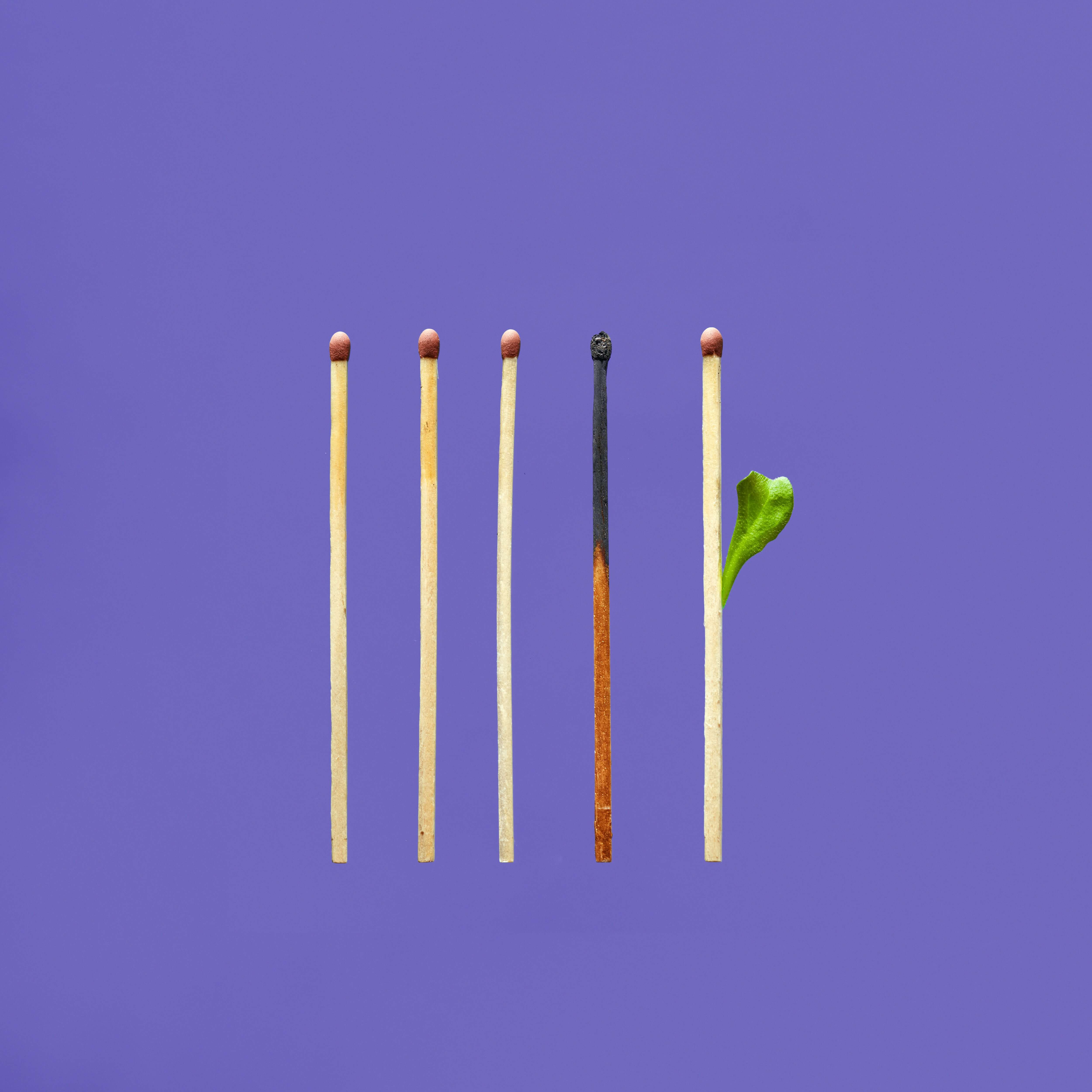 Puzzle has created a set of tools for founders to quickly calculate and confidently understand the components of burn. 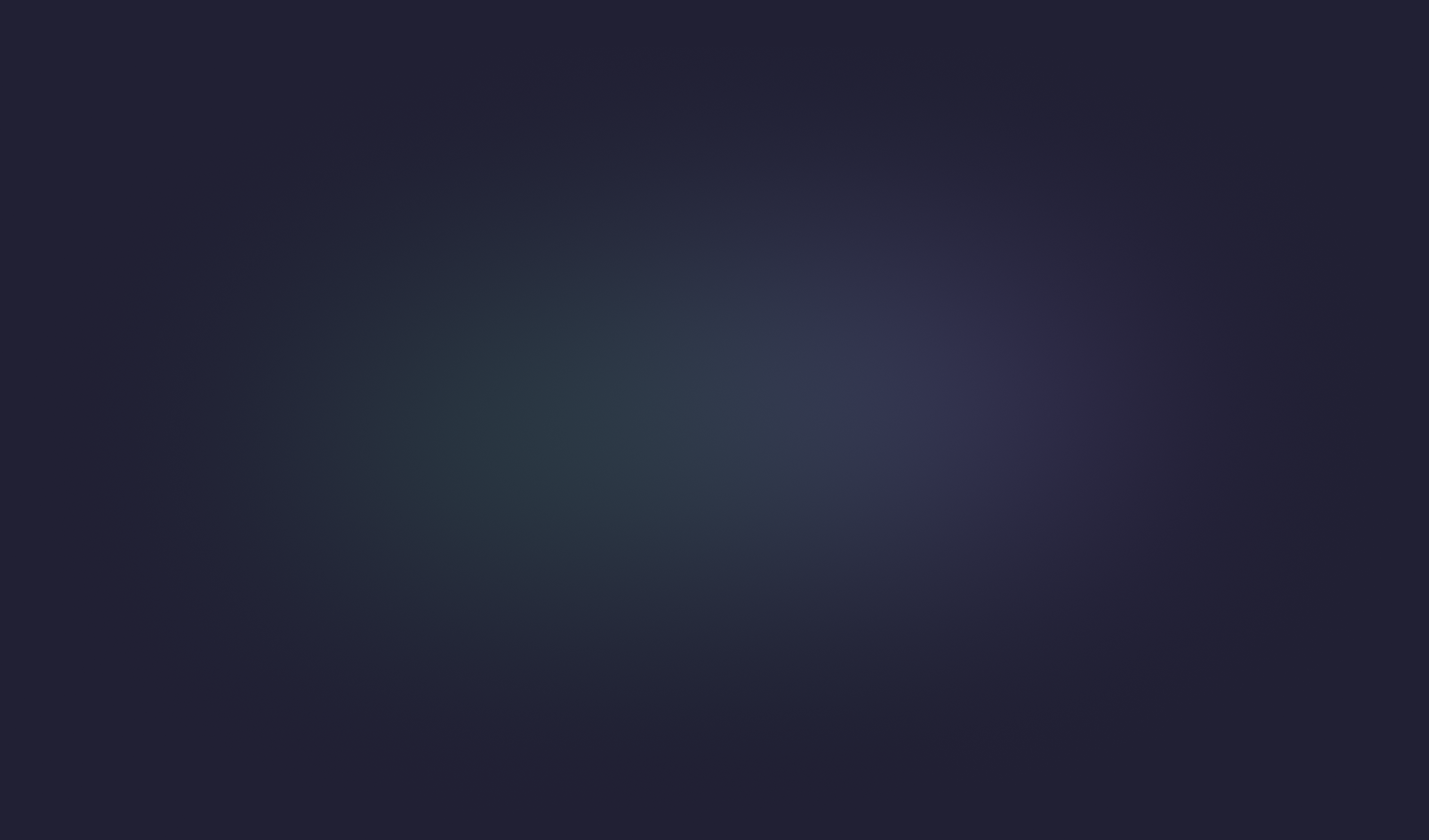 FAQTerms of ServicePrivacySecurity
Designed for US-based startups. Pricing and benefits are subject to change. Copyright © 2022 Puzzle. All rights reserved.